Adventures with New Illustrators Part 2: That Night by Evie Fridel

“That night was a very long night. It was as if we suddenly grew older….”

When I was at the House of Illustration gallery shop in London a few weeks ago, a self-printed picturebook called That Night demanded my attention. Beautifully hand-drawn and lettered in grey and red pencil crayon, it tells the first-person story of the night a child's father is taken to hospital and doesn't come home. The central metaphor - that of a sailing game ending in shipwreck - is well-judged, affecting and memorable, and as a sensitive depiction of childhood loss and grief, it's a book that deserves to be more widely available.

About a week after I’d bought the book I went to the Cambridge School of Art MA in Children’s Book Illustration Graduation Show, and in one of those happy coincidences that life sometimes delivers, I recognised the cover of That Night on display in a bay marked Ahava Evie Fridel. Even more happily, the artist herself was standing nearby and willing to talk about her work and how she came to be exhibiting at this show. 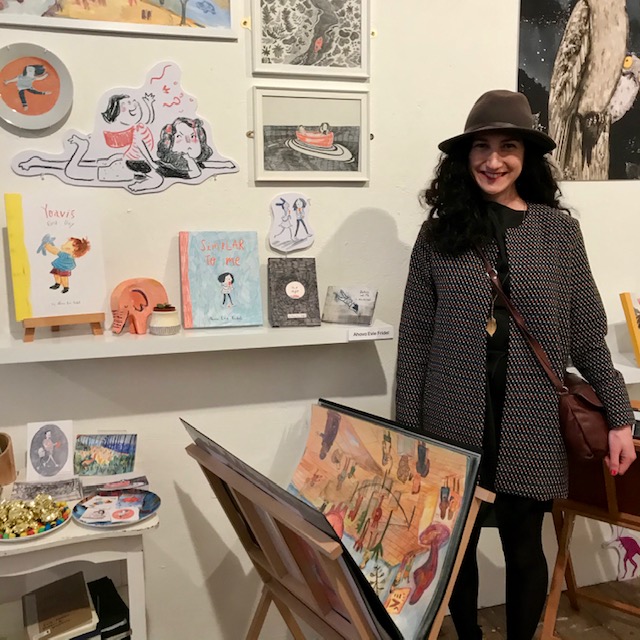 Evie did her first degree in Graphic Design in Israel, but the course included an animation project that changed her priorities. She started an illustration blog, posting single cartoon images, each telling a complete story, and when she came to London about six years ago, she volunteered at the House of Illustration before joining the Learning Team at the V&A Museum. Evie also works with a small Israeli company leading tours in Hebrew at Tate Modern, as well as working at Street Art in Shoreditch and doing freelance illustration for Peut-Être Children's Theatre and other clients. So not only is Evie busy, she’s working with and for children and young people, which is a big advantage if you intend creating books for this audience.

What brought Evie to Cambridge School of Art, I wondered?

“I took a Graphic Novel course at The Royal Drawing School with Emily Haworth-Booth, who was about to graduate from the Cambridge course, so I came to see her final exhibition,” explains Evie. “I’d never seen an exhibition like this before, but I fell in love with it. And although I didn’t plan on doing the course, I felt like it was what I should be doing - so I went to the Open Day and it just happened!”

Evie chose to take the course part-time over two and a half years rather than the full-time one-year option, because she was rooted in London and wanted to keep “working and making” at the same time as studying.

“I think the course has given me a window into children’s books,” she says, “especially in the UK. My childhood was in a different country, where things are different, so I found it very interesting getting a change of perspective. Also, coming to a new country and working as a freelancer could be quite isolating, so it’s very nice to have a group of good friends who do the same thing as me. I took the part-time course because I wanted to take my time in academia, I wanted to have time to get to know the teachers and other students. We had a week between each session and I felt like I spent half it just thinking, and then making, so studying part-time allowed me to process ideas.”

Given the depth of insight and sensitivity evident in That Night, it isn’t surprising to learn that Evie’s academic focus was “difficult emotions in children’s books, things that happen in life such as grief or divorce, things that children find hard to cope with.” But Evie’s display area at the show is far from being a gloomy corner devoted to challenging themes. Sensitivity and ‘big ideas’ come in many packages, and Evie’s work includes playful, brightly-coloured spreads – there’s a dummy book and illustrations from Yoavi’s First Day, a picturebook about a little boy who takes an elephant to nursery, as well as limited-palette pencil artwork with a more intimate feel, including Evie’s illustrations for That Night as well a children’s graphic novel, Similar to Me. 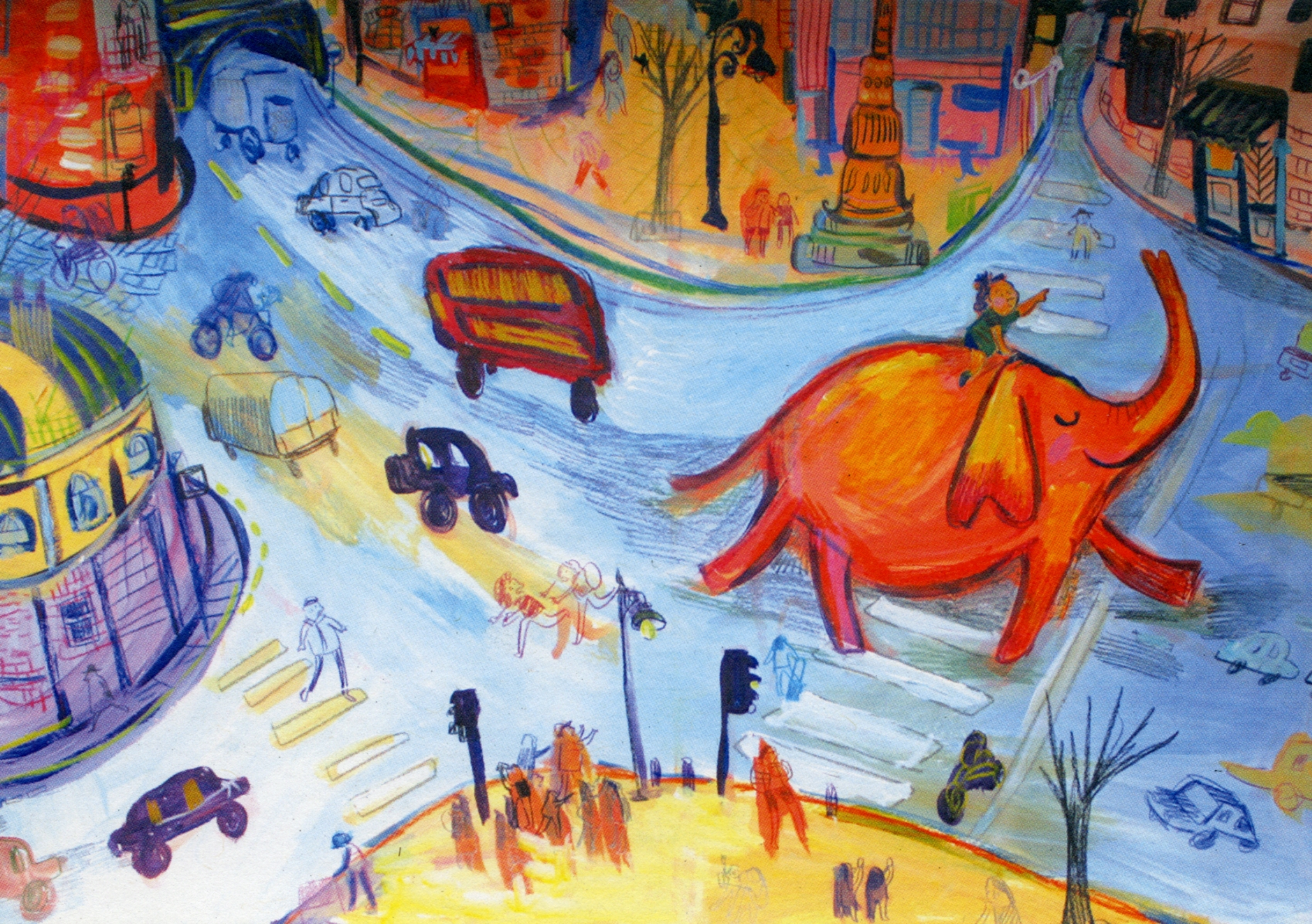 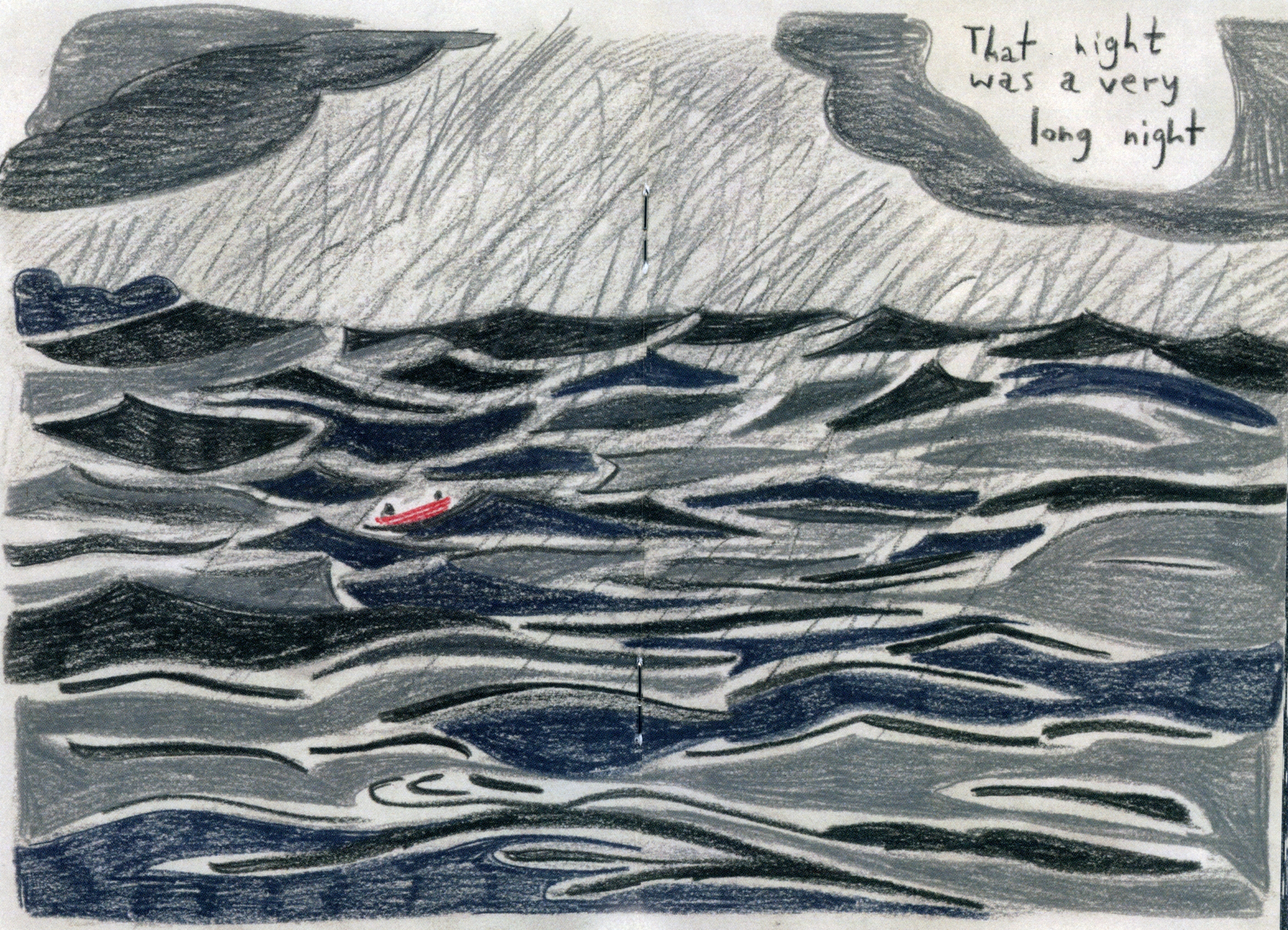 A spread from That Night, copyright Evie Fridel

The children's book market is crowded, but despite the many predictions about the ‘death of the picturebook’ there is growing interest in beautifully-designed titles with a more sophisticated approach to illustration and content. Like many of those exhibiting at this show, Evie’s work is thoughtful, eye-catching and well worth publishing, but whether these graduates will make it in such a competitive industry depends on many things, including luck.

I’ve enjoyed the unexpected trail that led me from That Night to Evie Fridel’s MA Show, but we shouldn’t have to rely on chance and self-published booklets to get access to her work. So I’m wishing Evie and her fellow graduates all the luck in the world. They've certainly got the talent.

To find out more about Evie Fridel and her work, go to eviefridel.com or click here 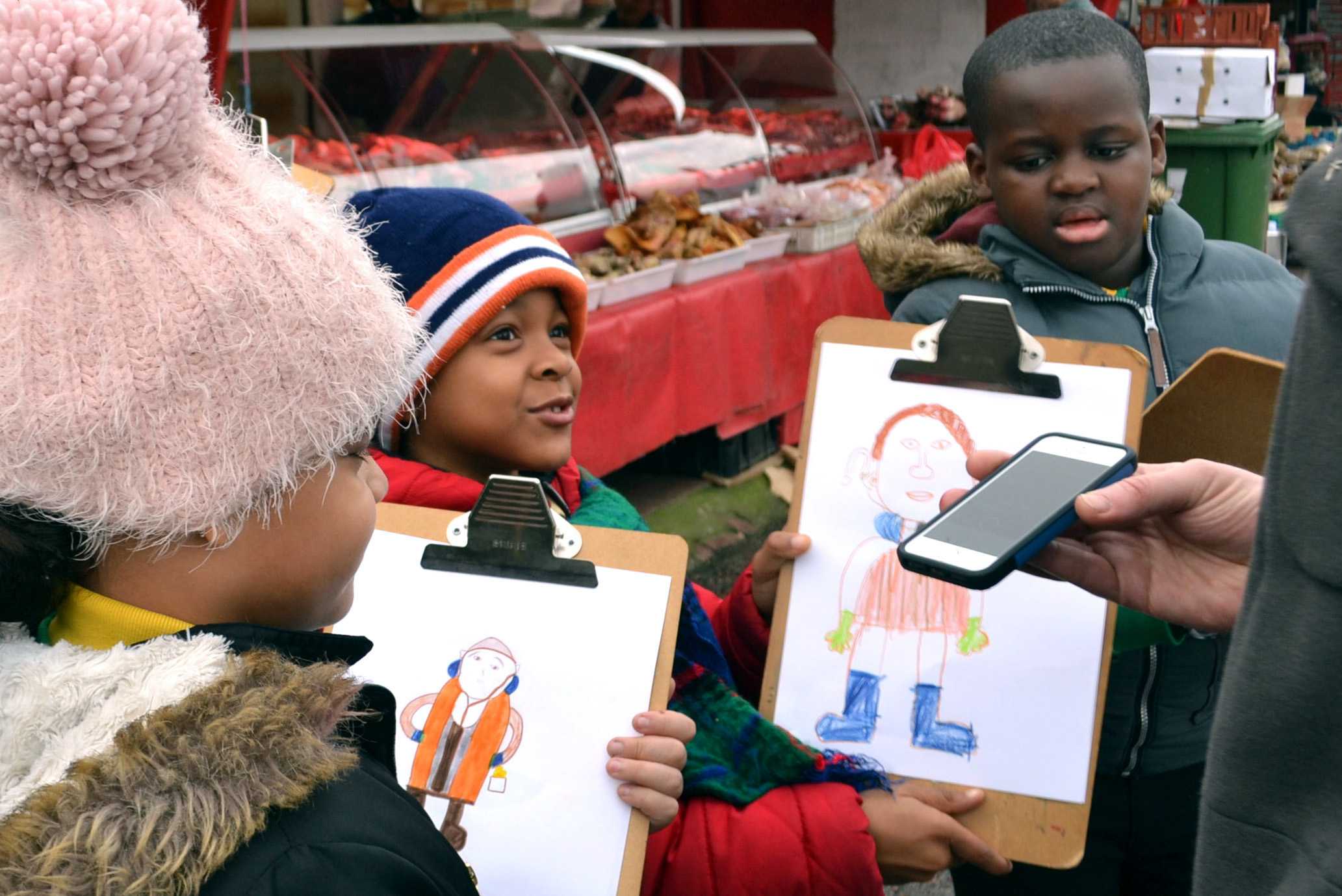 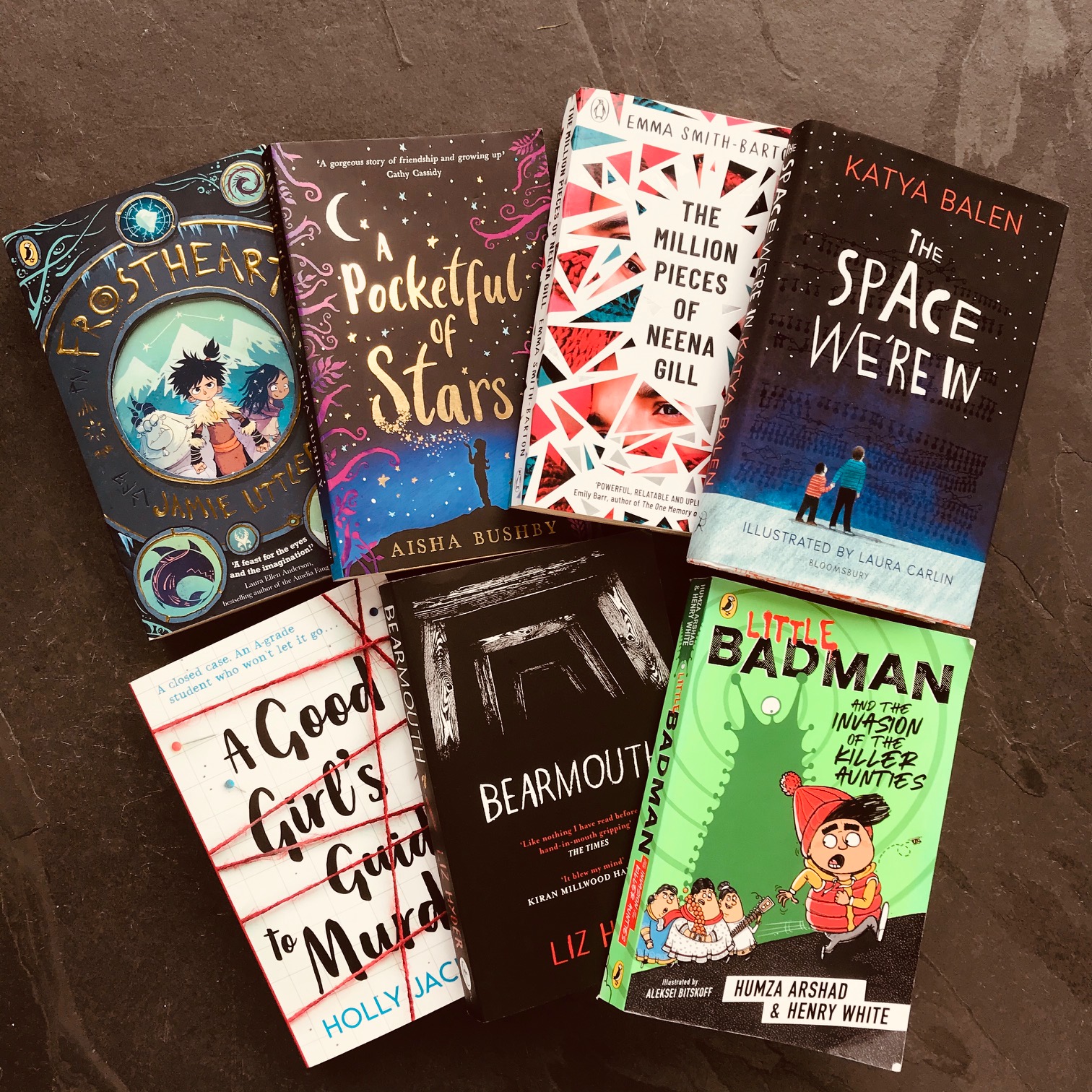 Reading around the 2020 Branford Boase Award 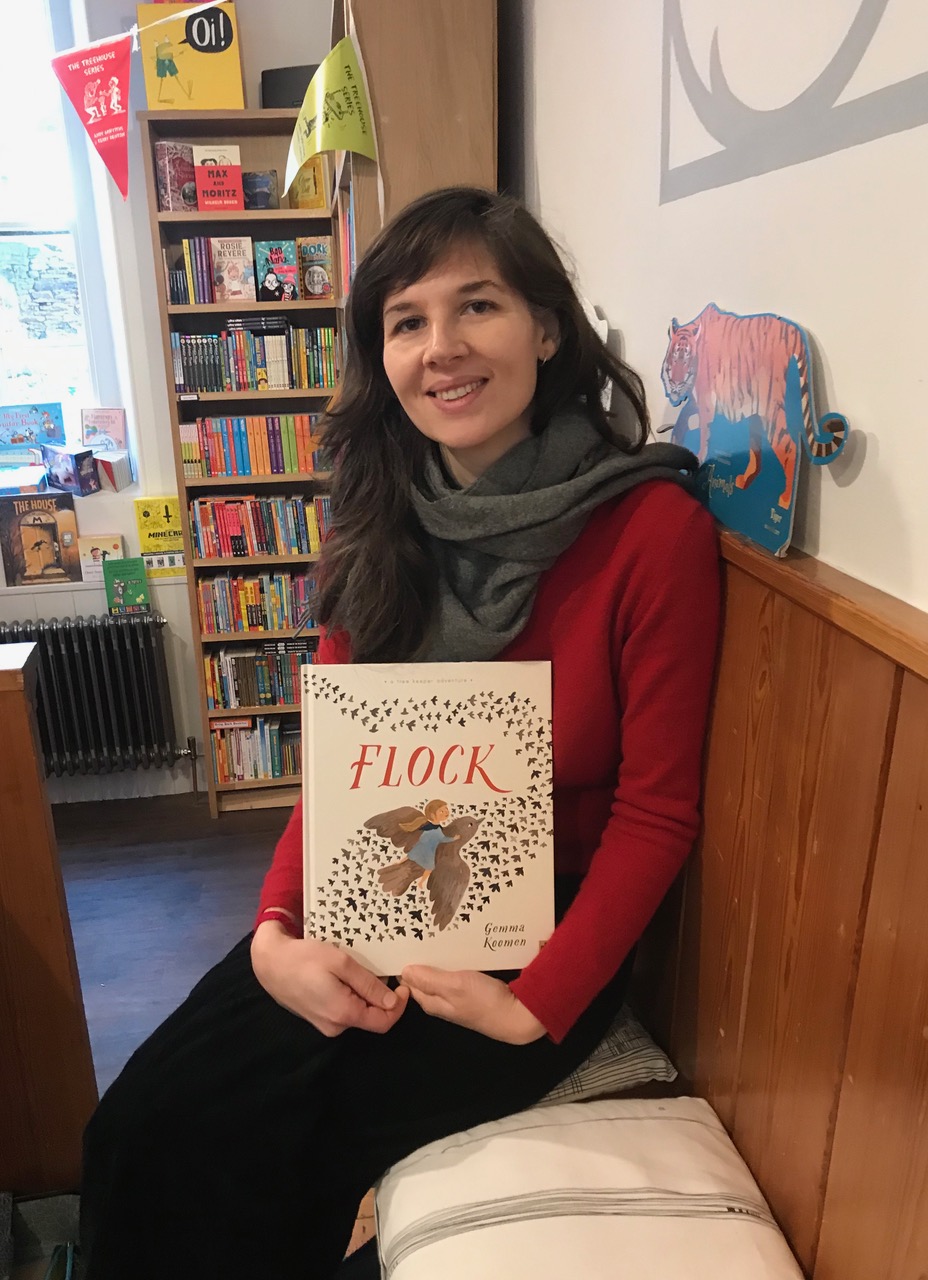 Flying with starlings: talking to Gemma Koomen about creating her first picturebook 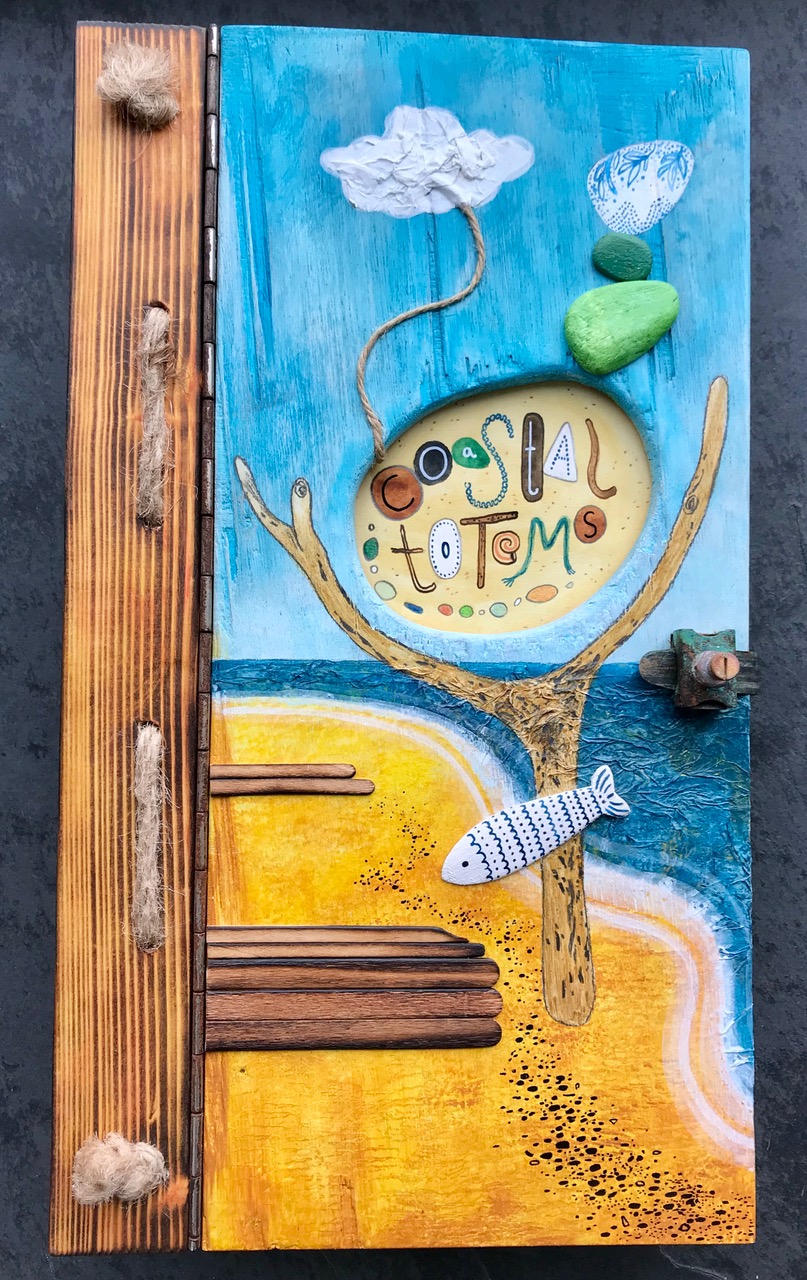 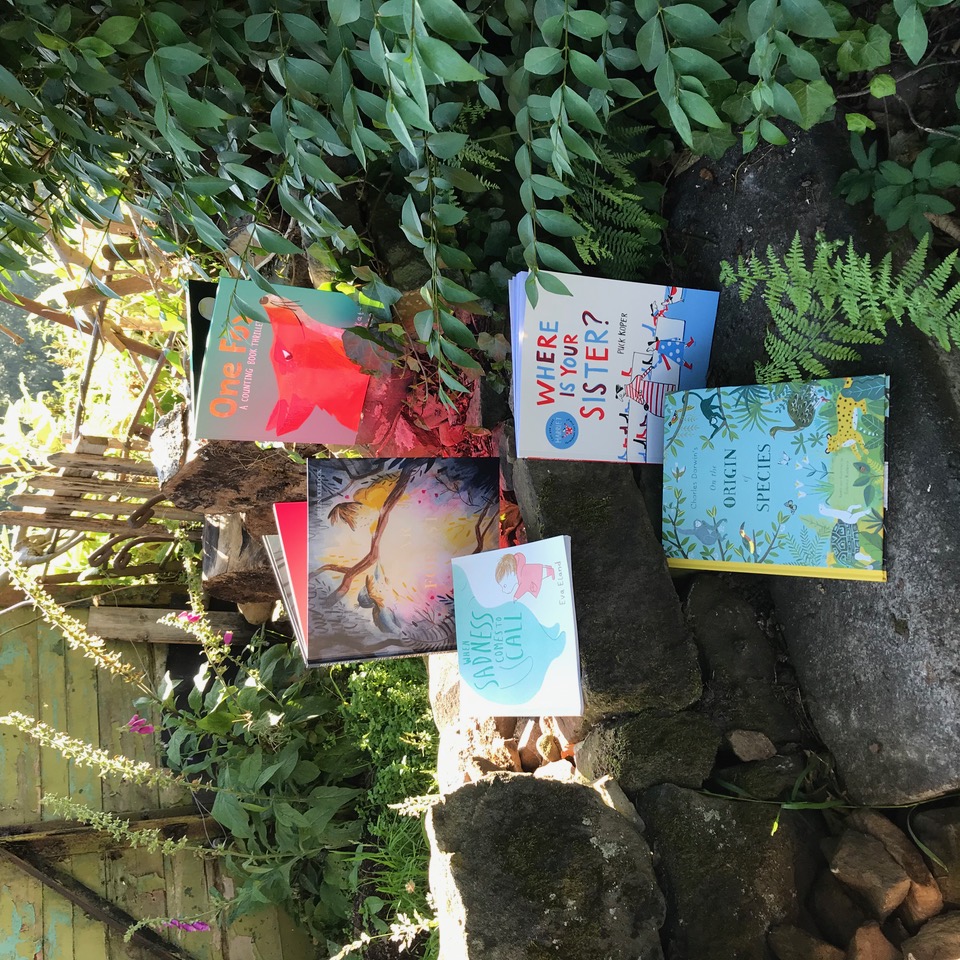 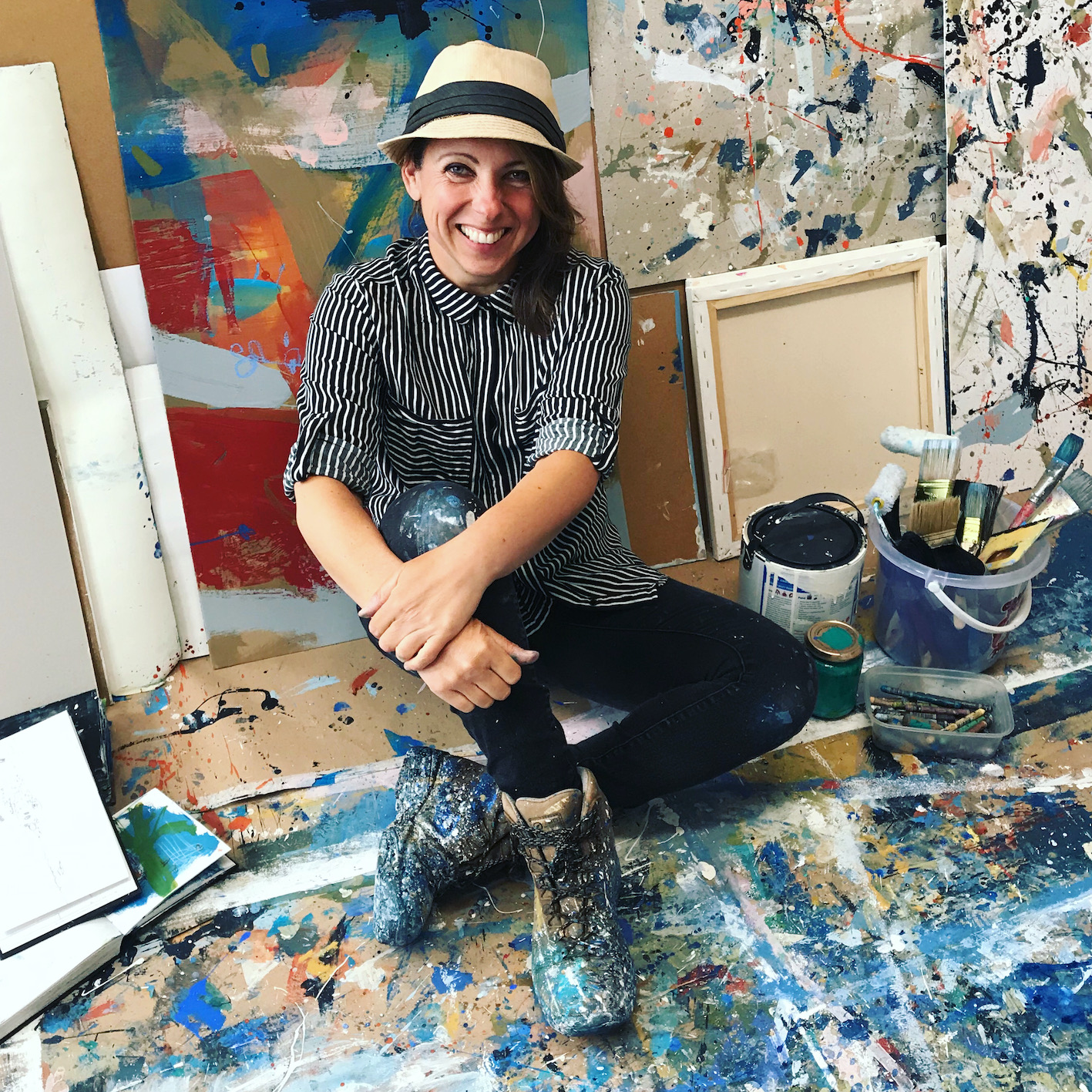 Exploring 'a world less ordinary' with Sam Boughton, creator of The Extraordinary Gardener 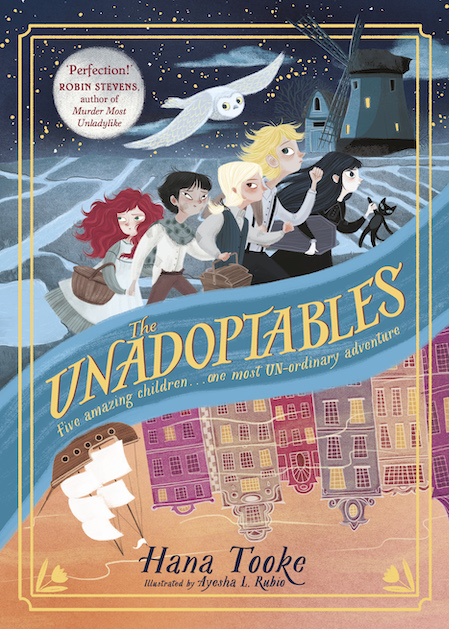 Talking to Hana Tooke about her debut novel, The Unadoptables 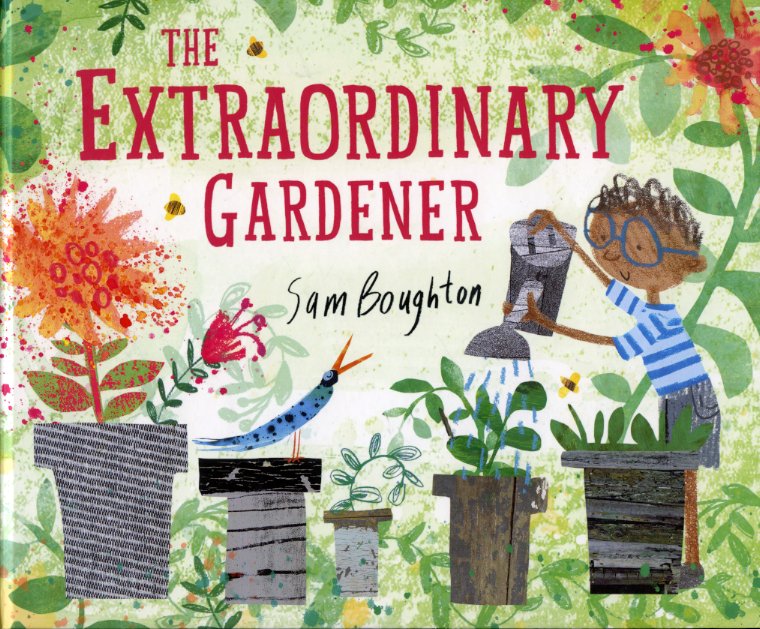 Getting through tough times together: how one inner-city school responded to the challenges of Lockdown 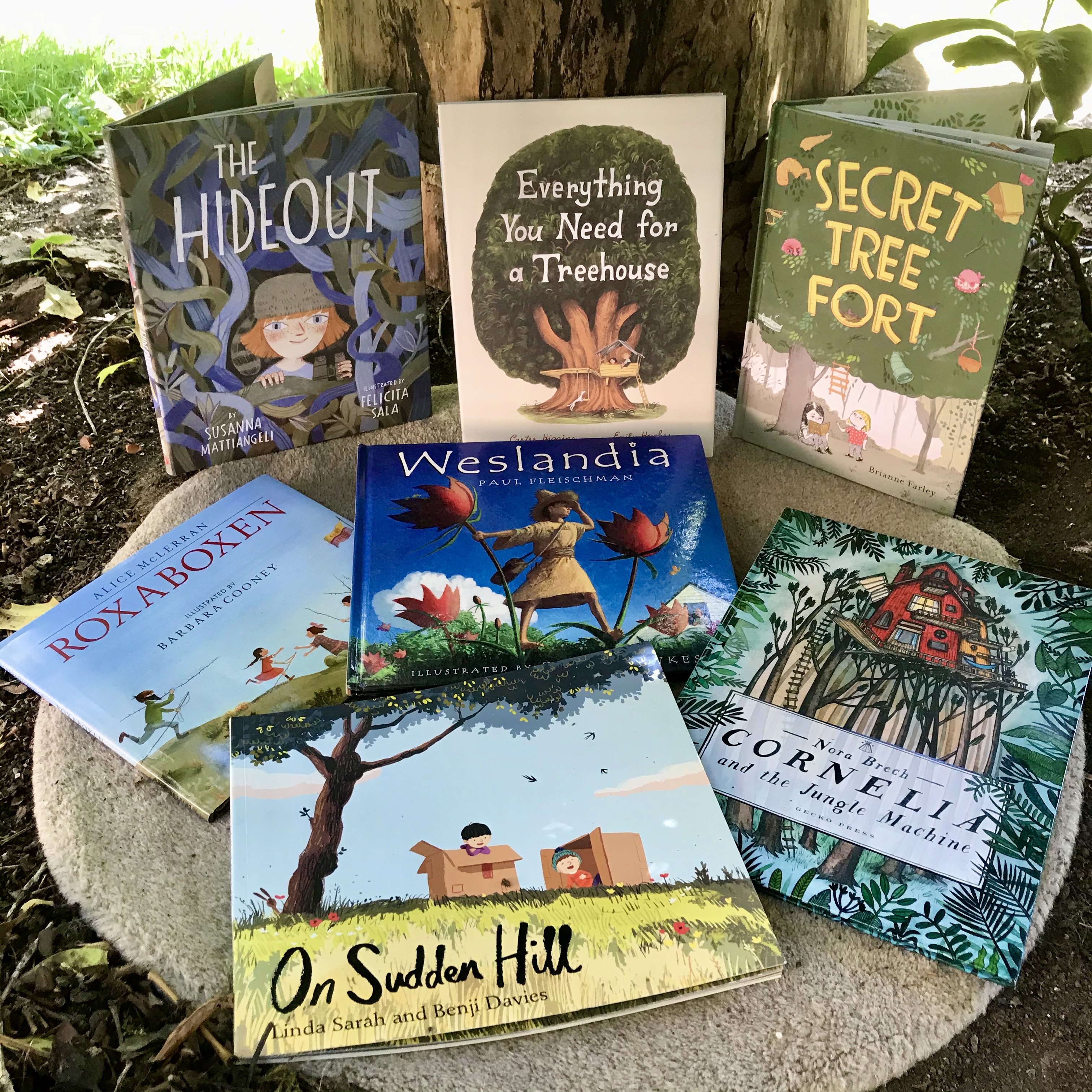 Kids in charge: forts and hideouts 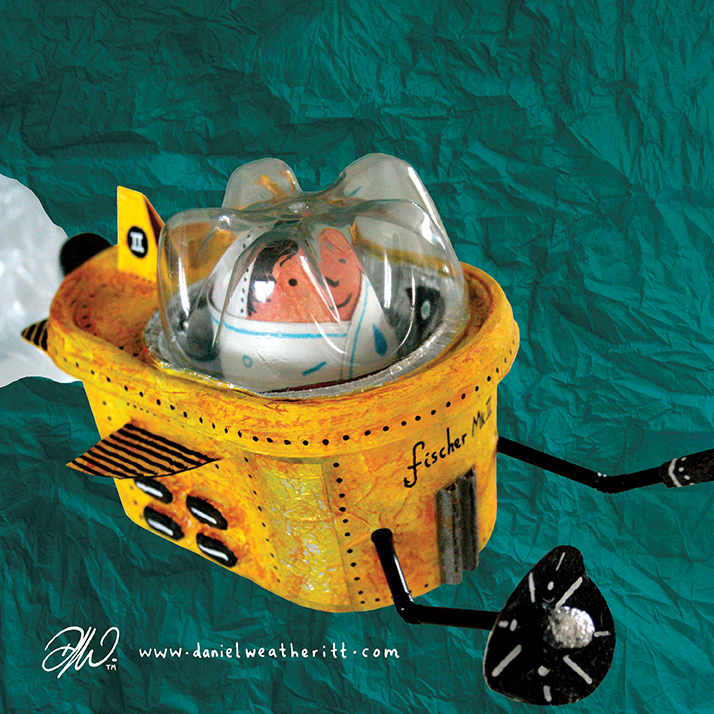 Exploring the oceans with Fischer Mk2 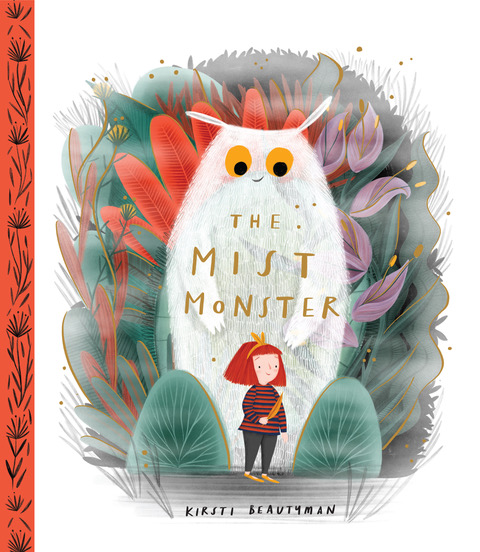 Chatting to Kirsti Beautyman about her debut picturebook, The Mist Monster 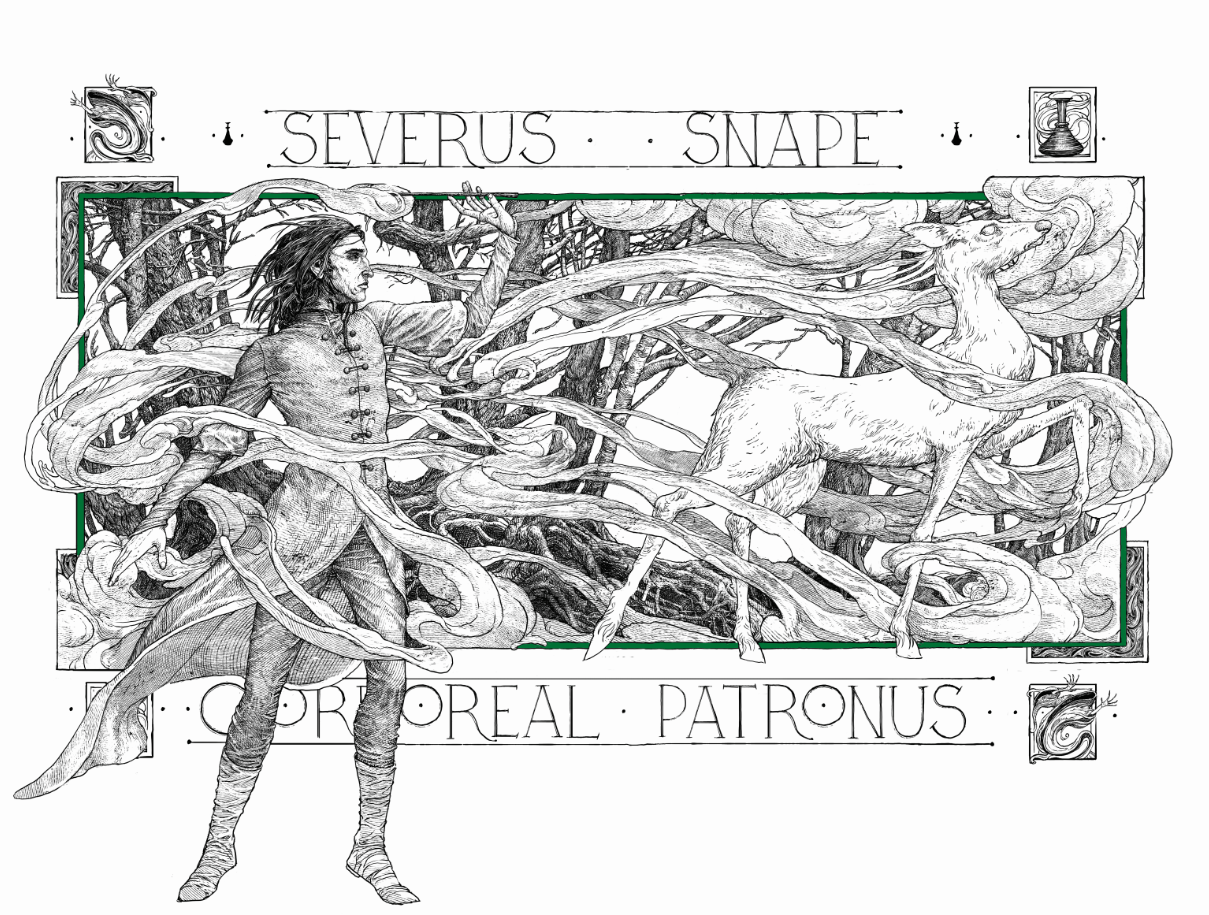 Picturing the world of Harry Potter 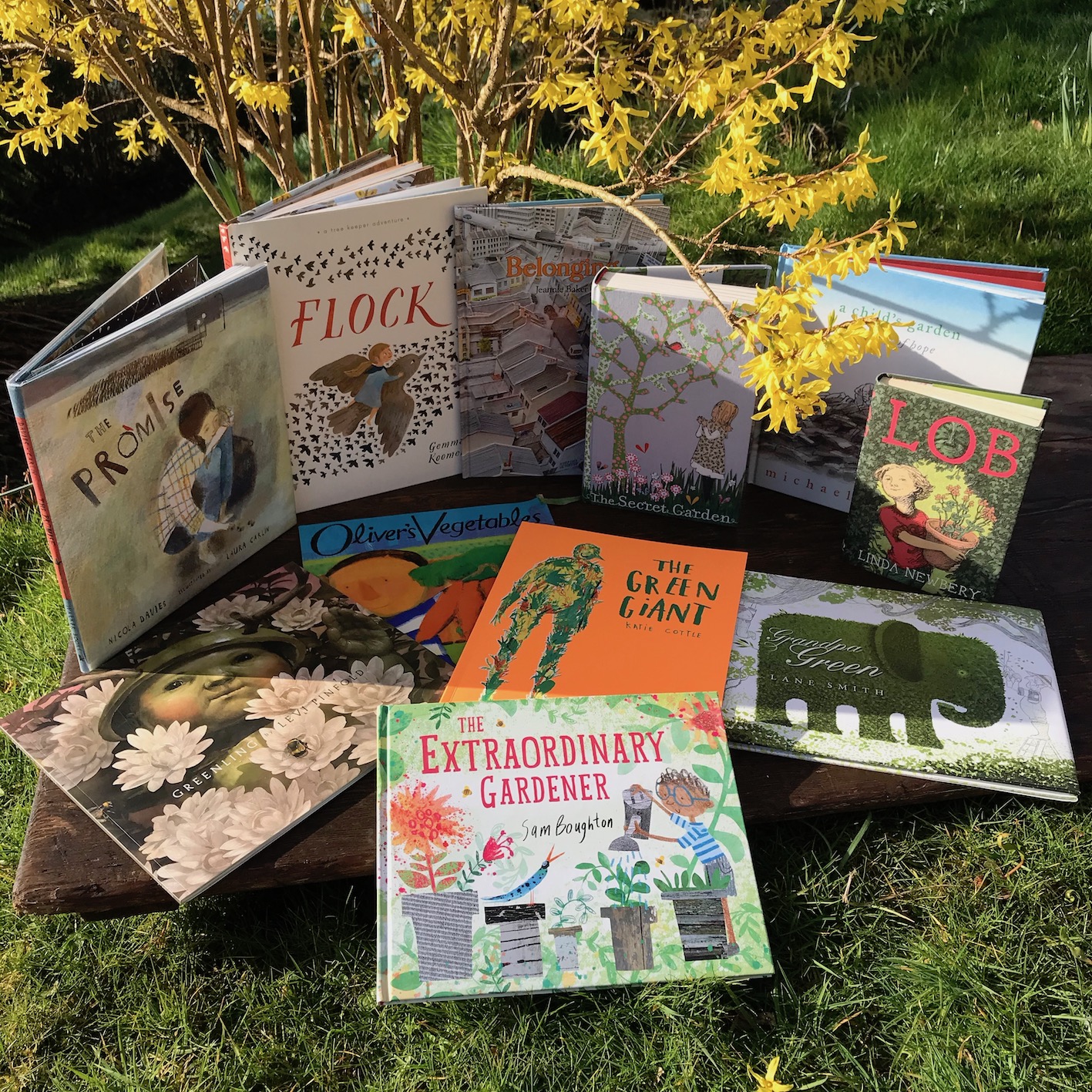 Books with green fingers for the growing season 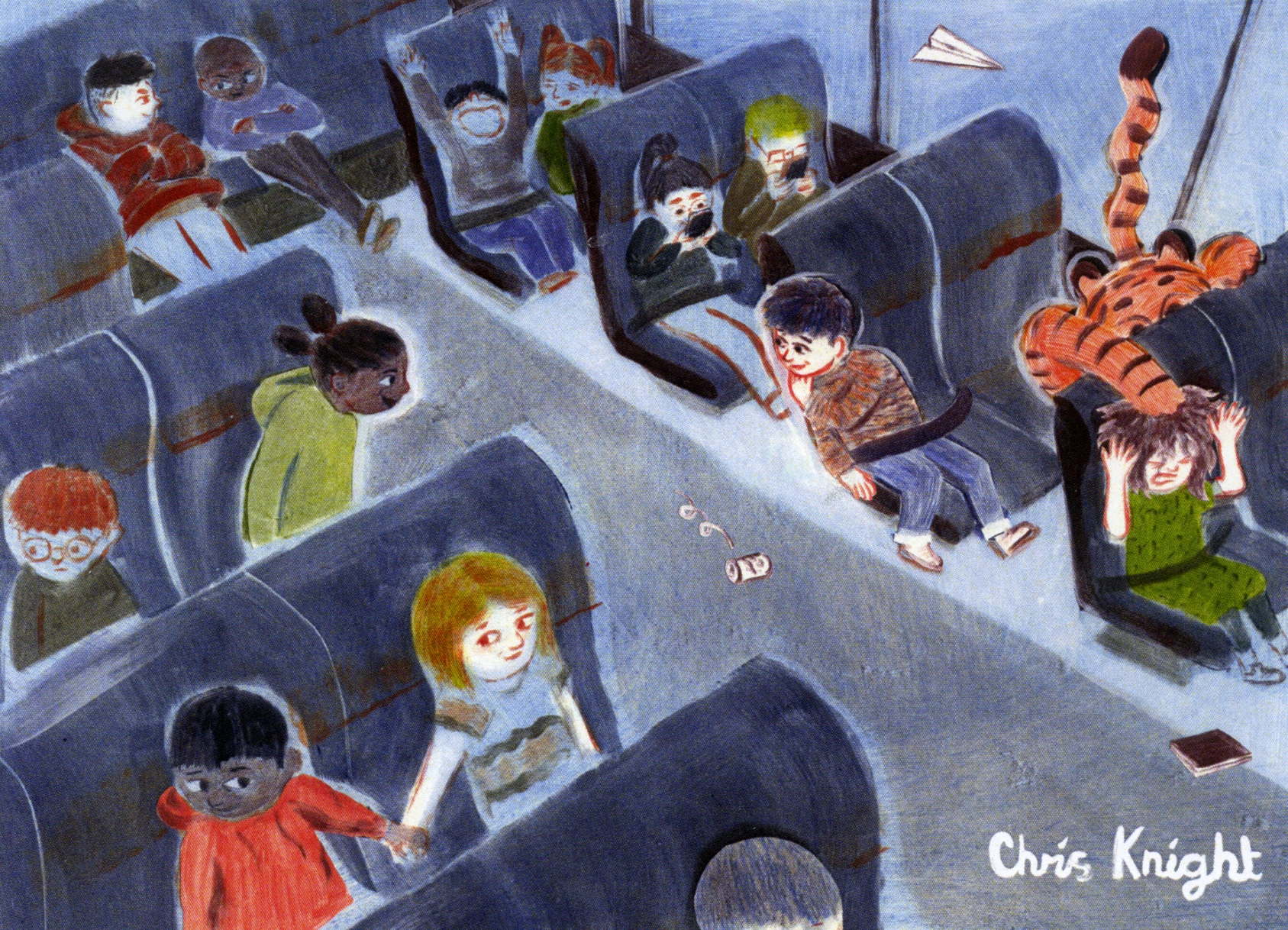 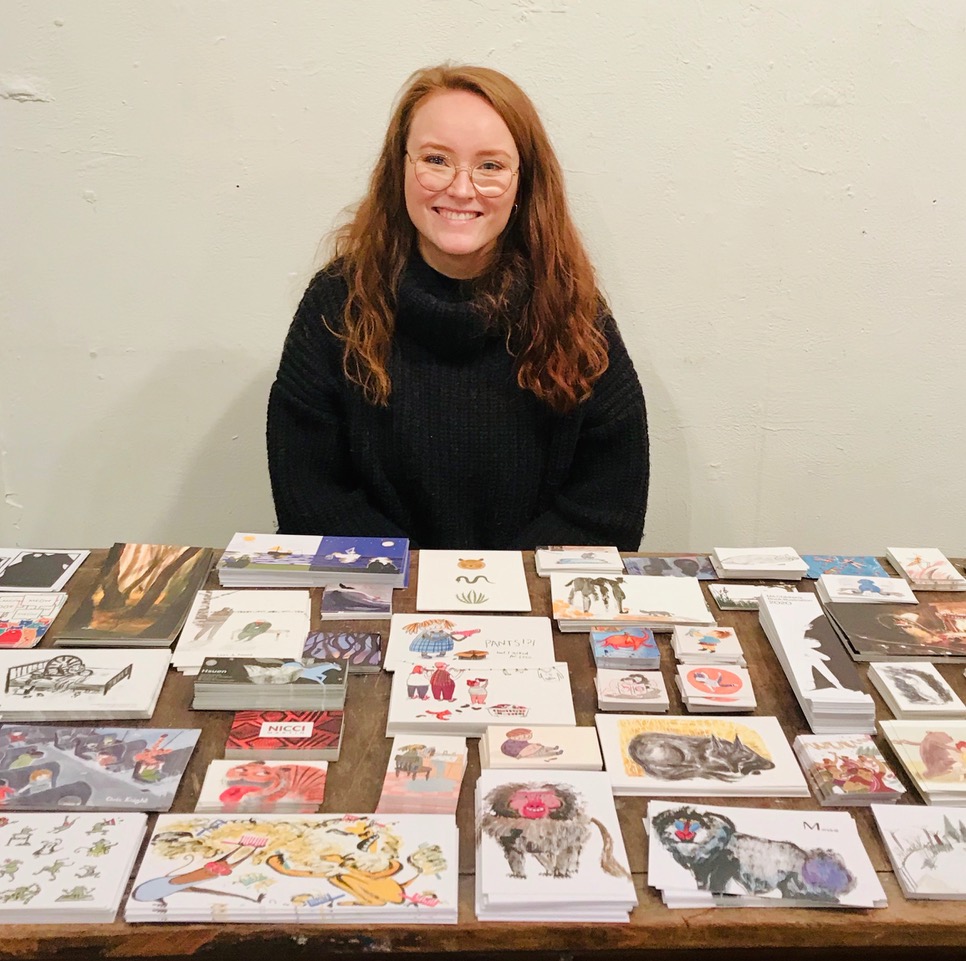 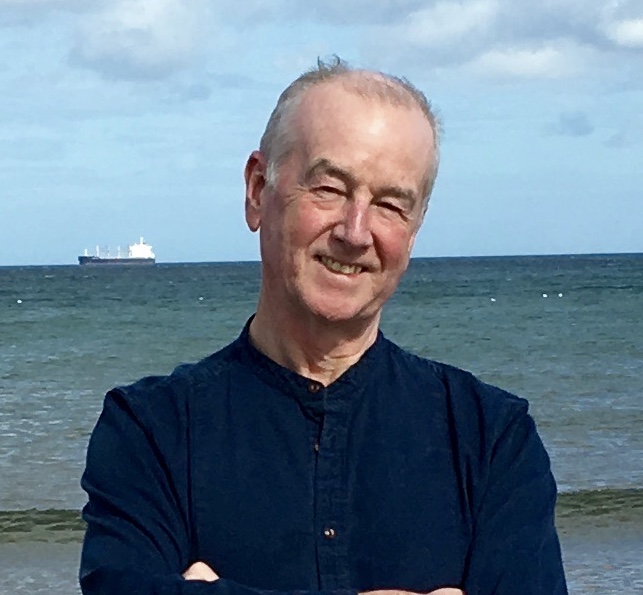 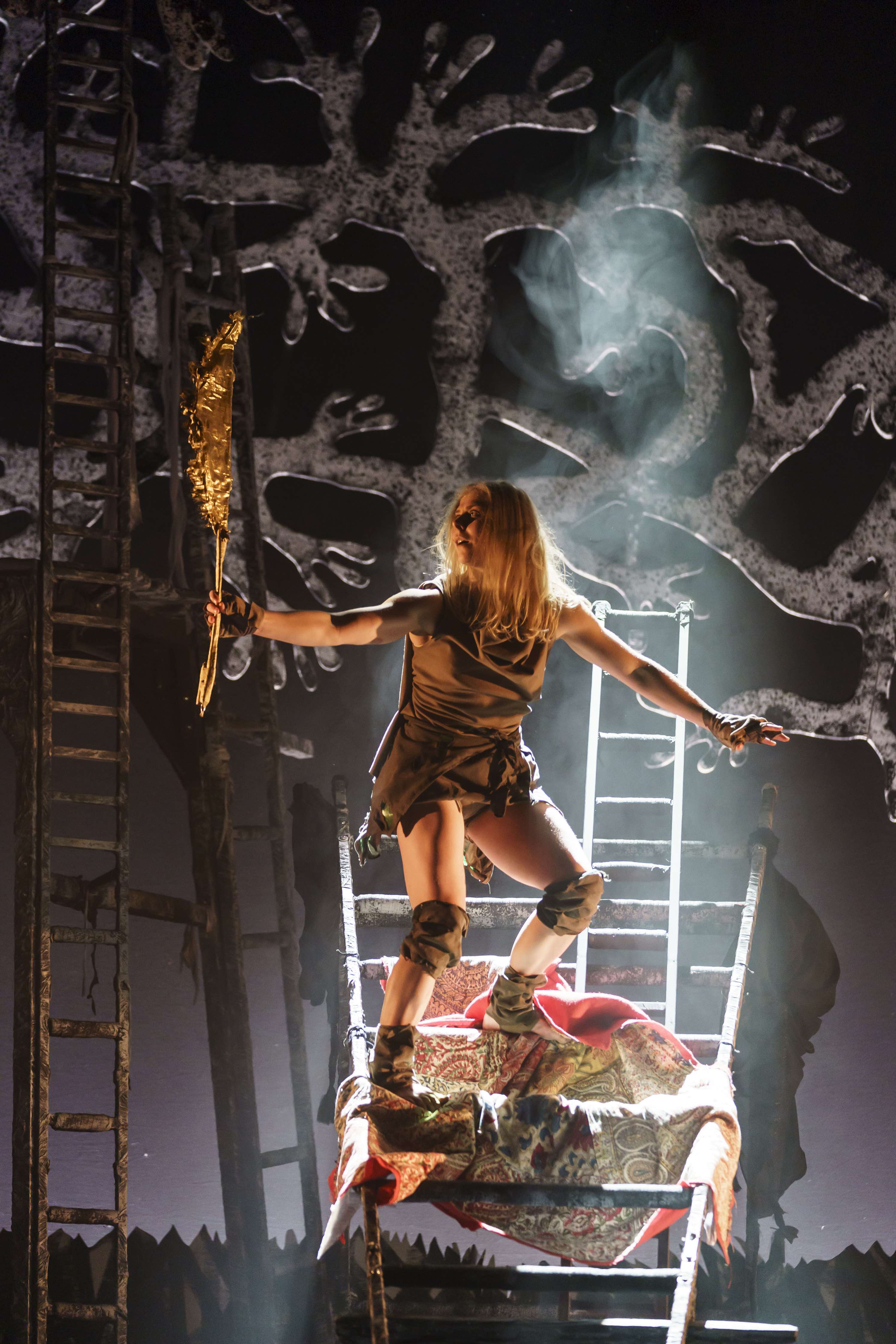 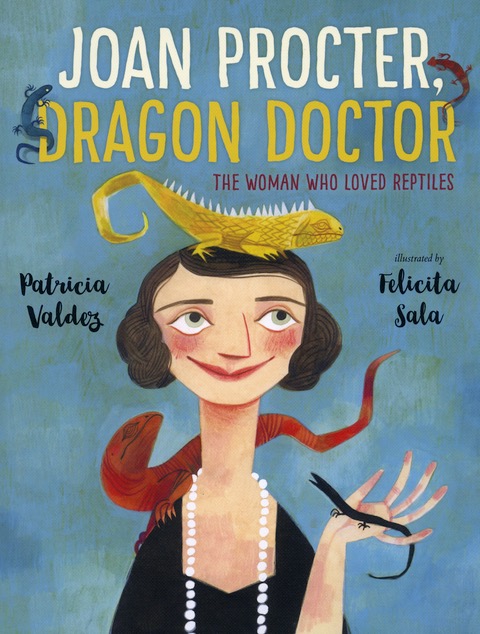 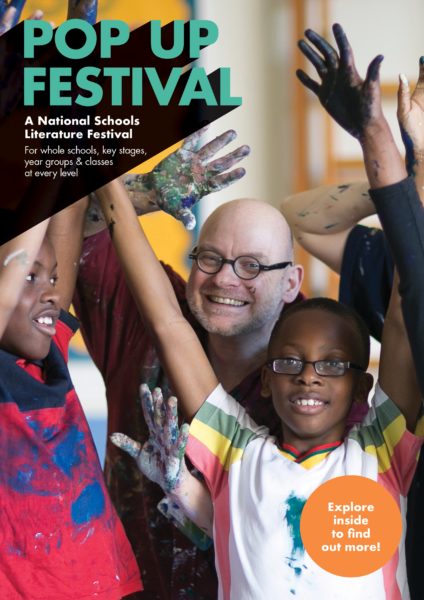 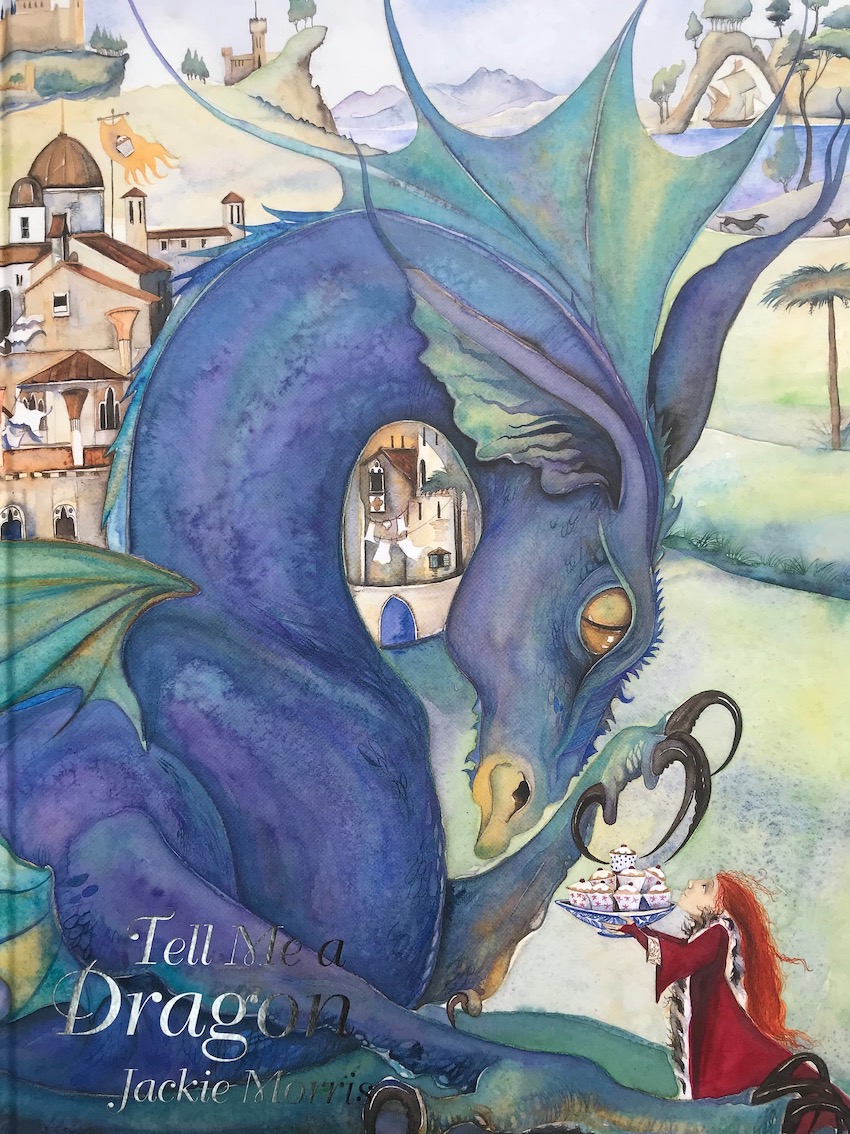 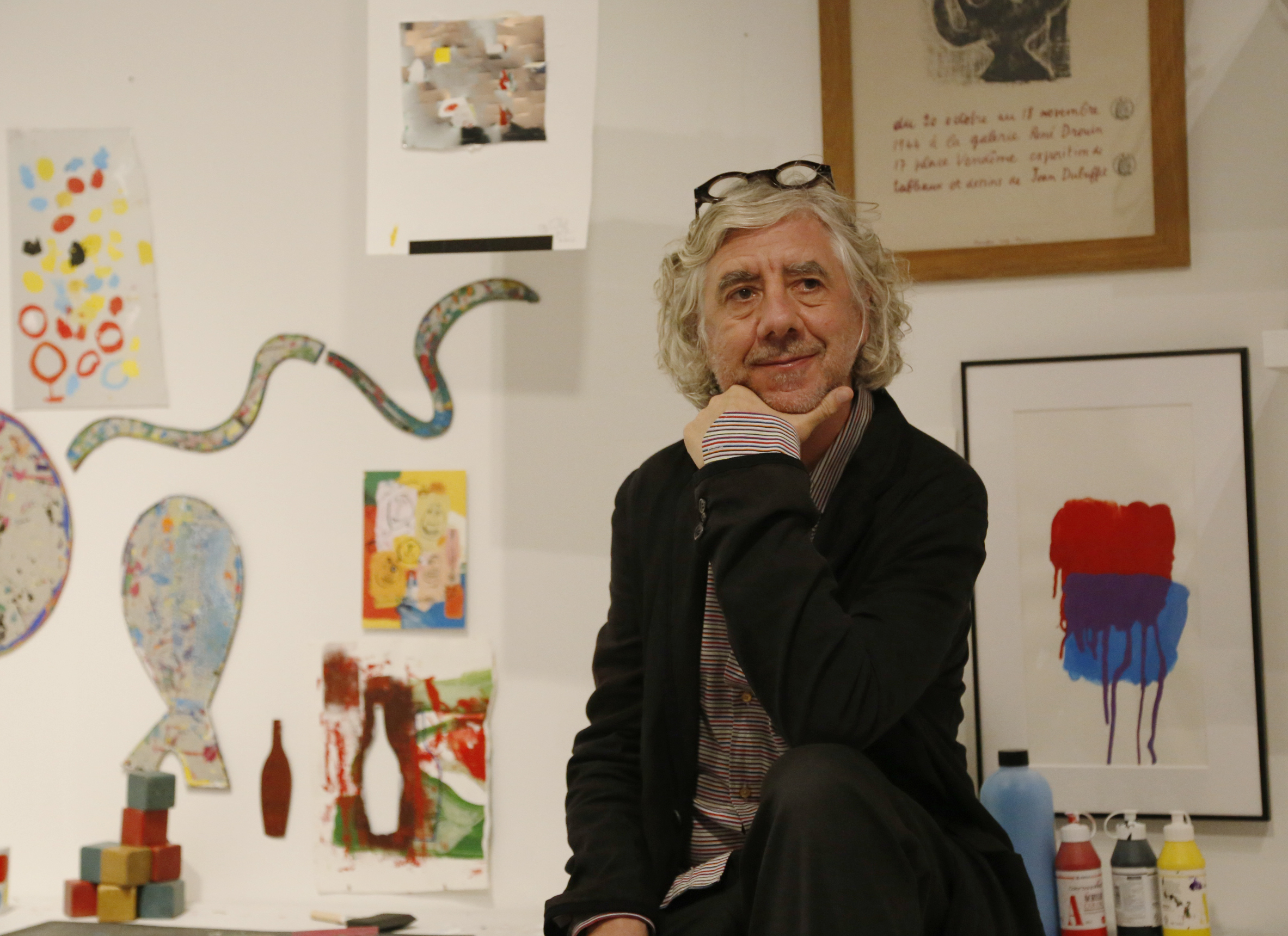 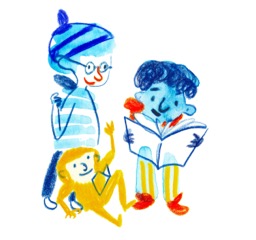 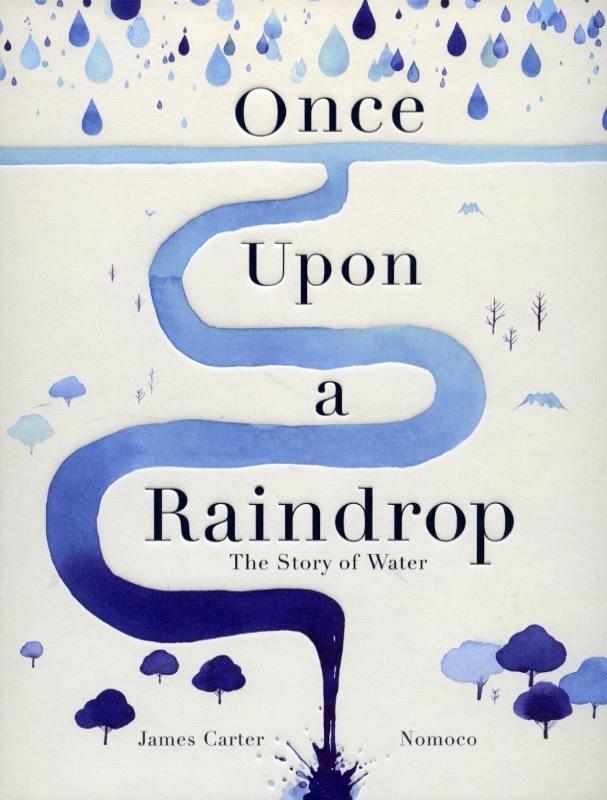 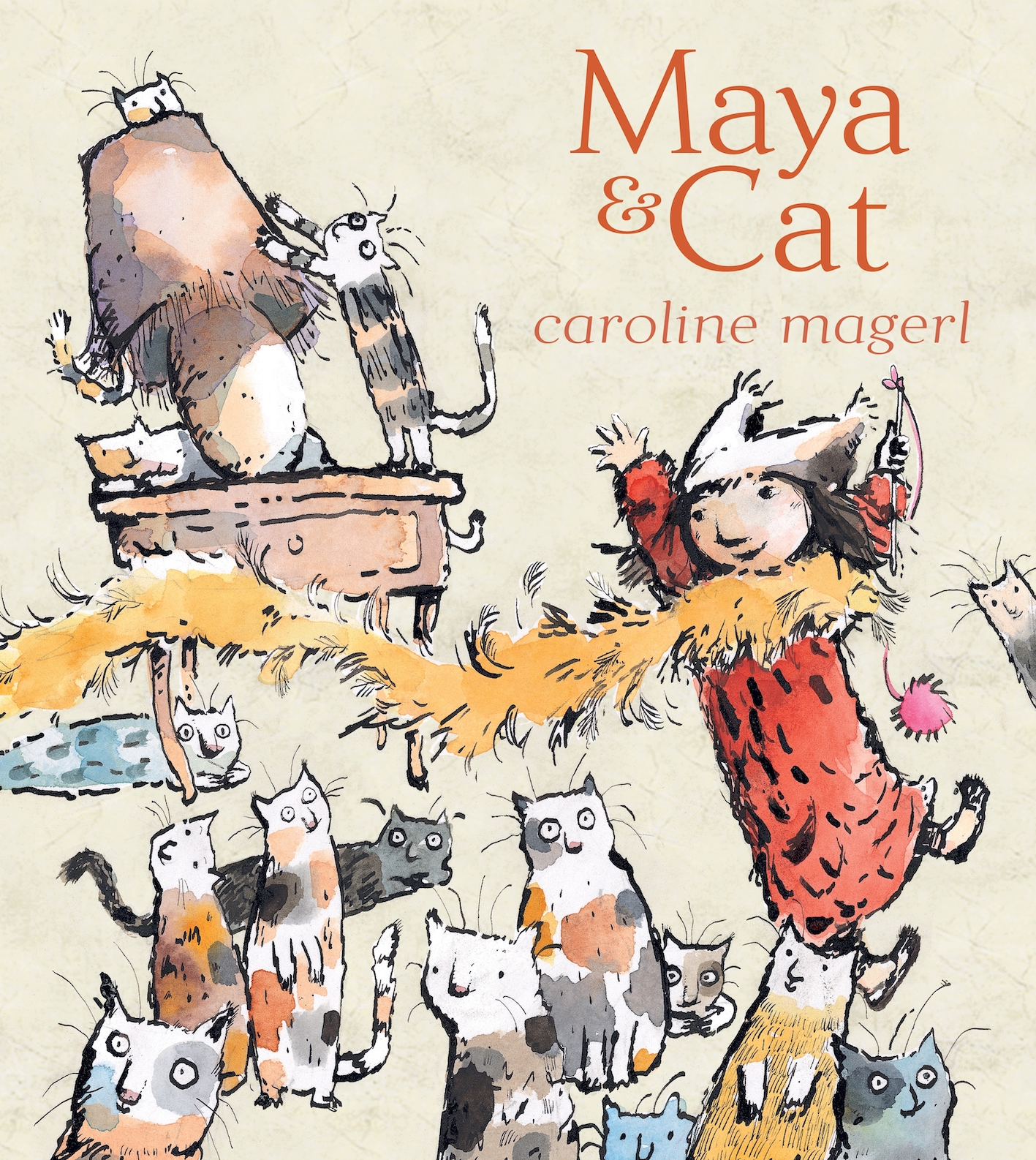 Caroline Magerl talks to Cast of Thousands about her latest picturebook 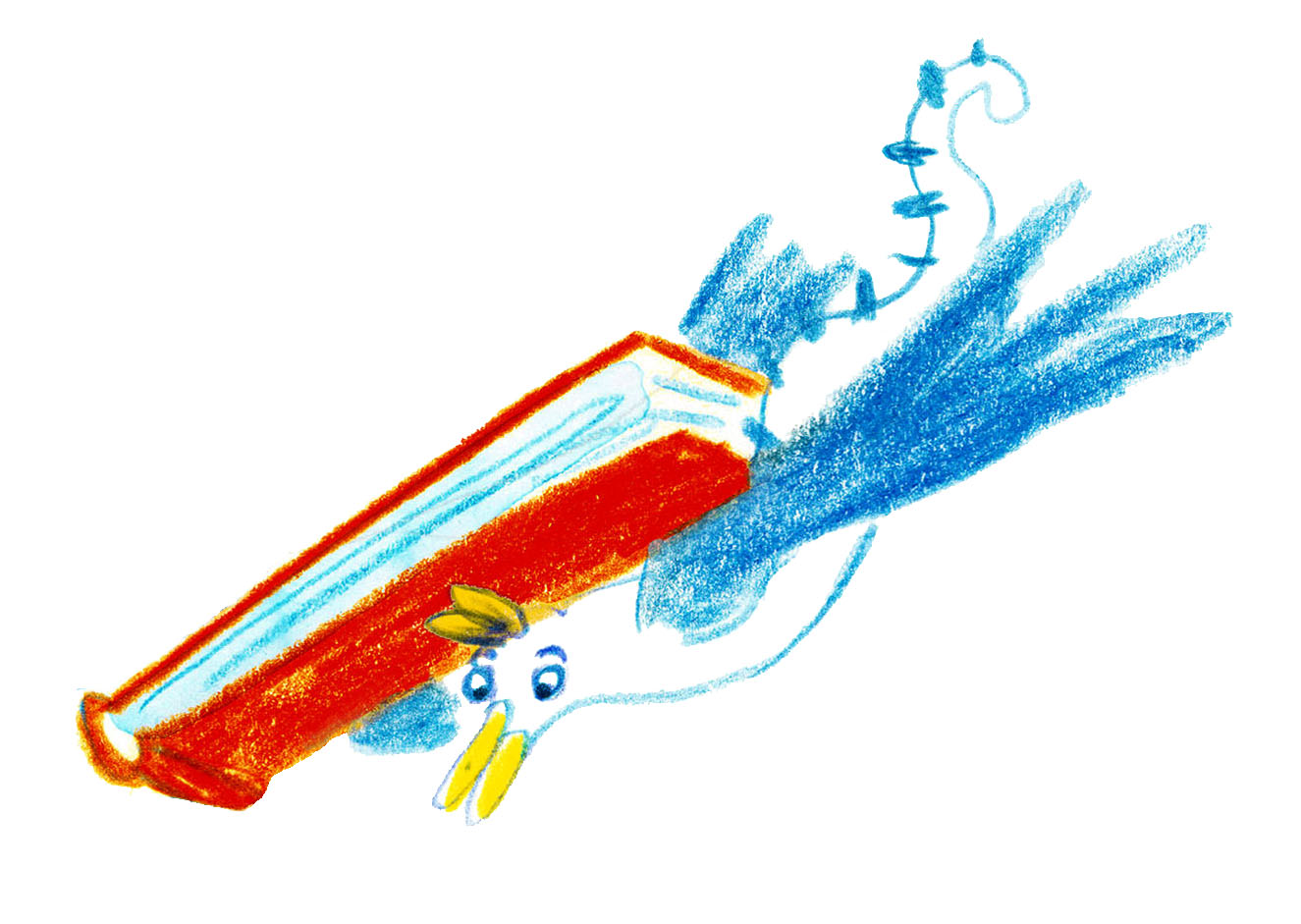 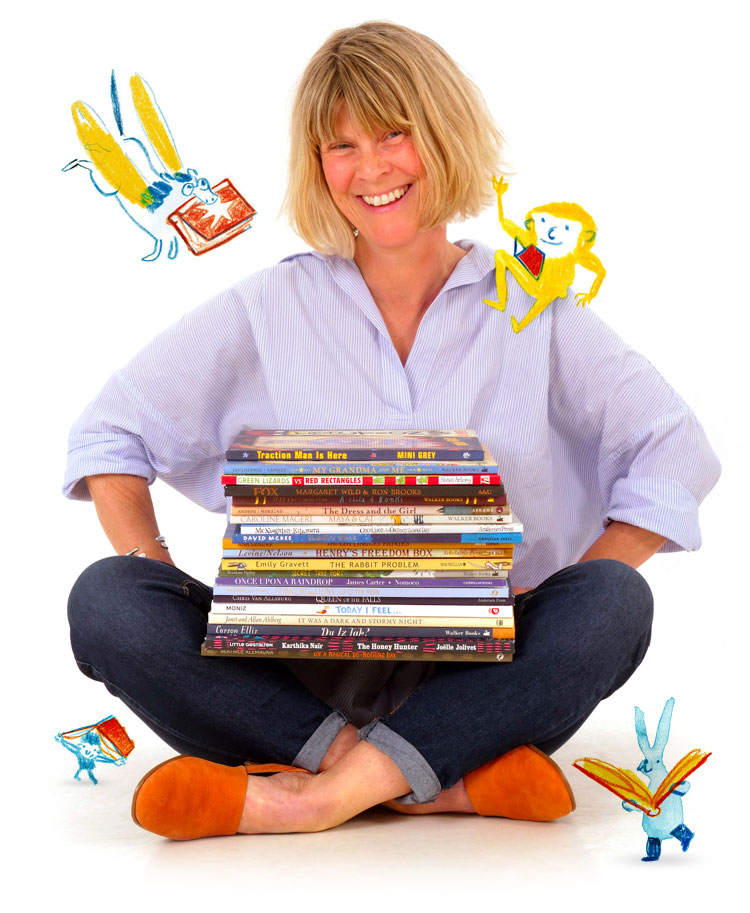 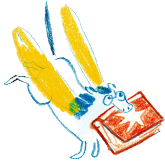